Two schools from Secunda have emerged victorious in the final level of the Sasol Energy Innovation Schools competition, which took place at Carnival City Casino, East of Johannesburg on 08 September.

The two schools, Sasolia Primary School and Holmdene Secondary School couldn’t contain their excitement as their alternative energy projects were announced on the podium. The schools sang celebration songs, as they marched to the podium to receive their prizes, which were presented by Sasol officials as well as provincial officials from the department of education.

Addressing the learners at the proceedings, Gao Mothoagane, Vice President: Sasol Social Impact said: “Today we are here not to judge your efforts but to celebrate your exceptional achievements. Therefore, we would like to congratulate all the learners and teachers for participating in the Sasol Energy Innovation Schools competition. Whilst winning is important, the value of participation is greater.”

The projects developed by Sasolia Primary School and Holmdene Secondary School won against 16 other projects. Four of the energy projects made it to the second and third places for both primary and high schools.

Sasolia Primary School developed a mobile magnet generator, which won them the grand prize to the value of R20, 000, a trophy for the school and set of tablets for the learner.

“We are excited to win this competition and are grateful to Sasol for giving us this opportunity to showcase our skills and talents. The learners worked really hard to come up with an idea of what energy solution they were going to develop. It’s great to see them celebrating like this because after all the hard work they had to put in, they deserve this,” said Vuyani Mzwakali, a school teacher at Sasolia Primary School.

Holmdene Secondary School developed a wind power system, which won them the grand prize to the value of R50, 000, for the school and a set of tablets for the learners.

“We are thrilled to win first place in the competition. This really means a lot to us, especially because we come from a school with less resources and for the learners to build this project, they had to use recycled materials. Winning the competition shows us that a background doesn’t matter as long as you have the idea and are able to present it,” said Khothatso Nthaba, a school teacher at Holmdene Secondary School.

Meanwhile the schools in second and third places received prizes ranging from R1, 000 to R10, 000 – for the learners as well as their schools.

The learners who attended the competition had an opportunity to view the solar cars that will be participating in the 2022 Sasol Solar Challenge. The solar cars were showcased at a public expo at Carnival City Casino, a few meters away from where the competition was held.

“In order to sustain the participation of more learners in science and innovation projects, we have to build a solid base early in the schooling system. This is why we took the learners to the expo, so they can witness STEM in real-life and be inspired to develop their own solutions,” said Mothoagane.

Duduzile Nkosi, Chief Education Specialist: Gert Sibande District in Mpumalanga concurred Mothoagane and said: “The expo was to motivate the learners to never limit themselves and also to inspire them to look at challenges as a motivator for innovation.” 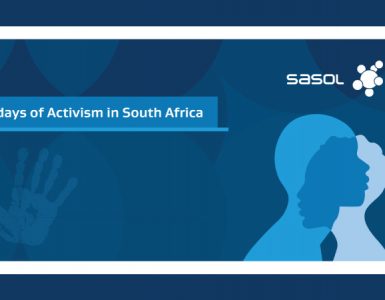 During the 16 days of Activism in South Africa, which commences on 25 November, we will embark on a campaign to further drive awareness and show our continued commitment to ending Gender-Based Violence and Femicide... 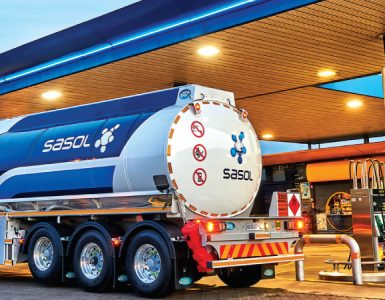 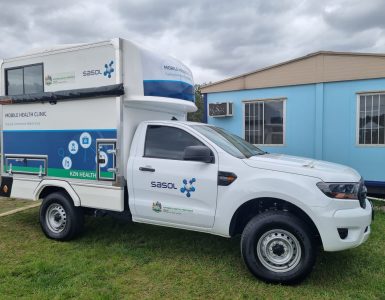 KwaZulu-Natal, South Africa – On Friday, 28 October 2022, Sasol donated two mobile clinics, to the Department of Health in KwaZulu Natal Province, to the to the value of R1,461,810.00 (one million four hundred and sixty...