Female footballers in South Africa have traditionally faced great challenges in building a career out of their chosen sport. The latter part of the decade however saw some great strides forward with the introduction of the National Women’s League to live alongside the established Sasol League, allowing them to enhance their skills through more competitive football than ever before.

It is now 2020 and the future is looking bright for the next generation. In addition to greater playing opportunities, current Banyana Banyana players are using their experience to make a difference in their communities.  As a result, the game in South Africa looks set to show continuous growth and improvement.

There is no doubt that Banyana Banyana have produced some of the best players on the continent. Players who are determined to not only become great at what they do but also make an impact in society. Players who are determined to inspire and help others reach their #Limitless potential. Among them is Banyana Banyana captain Janine van Wyk. A player who found her voice and became a leader, not only in the team but in the sport as a whole.

In her pursuit to give back and inspire young girls, Janine started her own Sasol League team in 2012 called the Janine van Wyk (JVW) Football Club. Janine had been playing in the Sasol League since its inception in 2009 and saw the benefits it holds for upcoming footballers. JVW has successfully grown over the years with a development programme that helps nurture young girls to ultimately become their best. The team has over 81 players and were crowned champions at the 2019 Sasol League National Championship.

In 2018, Janine also launched an academic and football curriculum at the specialist sport and cultural school, ESCA Wanderers (the Elite Sporting & Cultural Academy). In her role as the Director of Coaching, Janine aims to prepare young players for the new era of professional football and for them to go on to furthering their careers in the professional game, both in South Africa and overseas.

Following in her captain’s footsteps is Banyana Banyana striker Thembi Kgatlana. Well known as “Pikinini”, Thembi is definitely a force to be reckoned with. At age 21, the 2018 African player of the year started the Thembi Kgatlana Tournament, mainly to give back to football in the community where she grew up. In 2019, the tournament featured women footballers for the first time and teams from all around the country, making its mark in the sport. In the same year, Kgatlana also started the Thembi Kgatlana Foundation, aimed at developing female footballers in the townships and finding opportunities for undiscovered talent.

Banyana Banyana midfielder and AC Milan star Refiloe Jane is also playing her part in contributing to the women’s game. In 2018, she started her own foundation; the Refiloe Jane Foundation. Her vision is to empower athletes to create an impactful future so they can inspire and make a difference in their communities. The foundation recently held its first coaching clinic in Soweto where Refiloe and her AC Milan captain, Valentina Giacinti taught young girls in and around the community some football and life skills.

In addition to past and current players, brands are coming to the fore too to take women’s football to new heights.  The likes of Sasol have taken their involvement from pure sponsorship investment to a more active involvement in growing players and the game in South Africa.  This is evident in their #Limitless initiative which aims at growing support for, and participation  in the game, showcasing the potential of women footballers through fans, players, coaches and internship initiatives.

The positive shift in women’s football is evident and with the support from long-standing sponsor Sasol, Banyana Banyana players are paving a bright future for women’s football, putting the spotlight on the sport and investing their time to develop it shows just how dedicated they are.

It is true that South Africa still has a long way to go but hopefully with more initiatives such as these, the sport will grow to greater heights in the new decade.

For more information on the #Limitless initiative and to show your support, search #Limitless on Twitter or YouTube –  https://www.youtube.com/watch?v=3jMRZ_CJR3Y 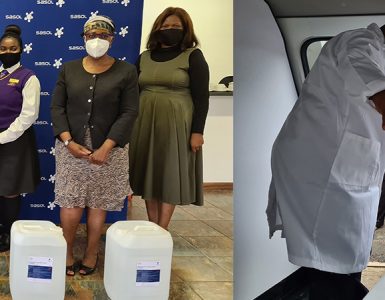 Sasol Satellite Operations held a handover ceremony for initiatives servicing our Kwa-Zulu Natal fenceline communities on 6 October 2020. Sasol is part of society, communities and value chains in which we do business... 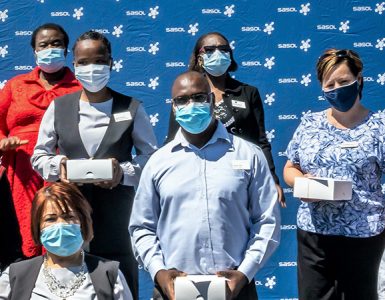 Sasol Secunda recently held an appreciation ceremony for health workers at Highveld Mediclinic, Trichardt for their sterling work in the continuing fight against the COVID-19 pandemic. Sasol honours frontline health... 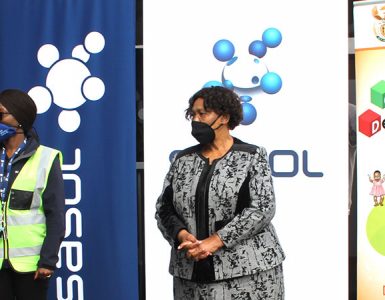 Sasol handed over 80 000 litres of alcohol-based sanitiser to the Department of Basic Education (DBE) in support of its efforts to help curb the spread of COVID-19 in schools as the country gears to welcome the last...