Delivering on commitments to stakeholders

Sasol’s Lake Charles Chemicals Project near Westlake in Calcasieu Parish has delivered more than 860 direct jobs, hundreds of millions of dollars in state and local taxes and billions of dollars to Louisiana businesses.

“Now that the project is fully commissioned, I am very pleased to say we did deliver on our commitment, we did create jobs, we did generate tax revenue for local taxing entities,” Brad Griffith, Executive Vice President of Sasol’s global chemicals business, said. “We thank you, the Louisiana Board of Commerce and Industry, the Louisiana Economic Development colleagues, Gov. Edwards and our partners at the local level for giving us the opportunity to bring impactful benefits to the residents and businesses in this state.”

Sasol completed the commissioning of the facility, which is now fully operational, in 2020. Sasol hired 860 new employees, spent more than $4 billion with Louisiana businesses, supported 6 500 construction jobs and contributed over $200 million in taxes and $40 million in community infrastructure improvements.

Now operational, Sasol’s facility also sustains close to 1 000 contractor positions annually through its contract with Turner Industries, a Louisiana-based company. “These ITEP investments directly impact our Louisiana-based company and other Louisiana based companies,” David Franks, Turner Industries Chief Operations Officer, said. “Currently we employ roughly 1 000 people inside of Sasol’s operating site on a daily basis. These jobs are there every day, through COVID, through rain or shine. We also have over 75 local SWLA suppliers, subcontractors and vendors that support us in our work for Sasol. The ripple effect is absolutely real. It benefits real Louisiana residents and it benefits Louisiana families.”

The facility’s ongoing activity will generate nearly $14 million annually in taxes for local and state governments, and Sasol will pay over $1 billion in property taxes over the facility’s planned life. Following the abatement period, Sasol’s property taxes will account for over 10 percent of the total property taxes collected in Calcasieu Parish annually. That’s in addition to Sasol’s existing chemical facility in Lake Charles, which employs more than 400 people and will continue generating sales and property taxes for the region and the state.

“We estimated a 2-to-1 benefit-cost ratio for the state through 2050,” Dr. Jim Richardson, Louisiana economist, said. “The ITEP program is doing what it’s supposed to do. Bringing jobs to the state and bringing additional revenues to local and state governments, in exchange for the exemption.”

Over the last several years, Sasol has also contributed more than $7 million to community projects focused on local STEM education and small business development. “From the Southwest Louisiana Resource Guide and associated scholarship program to the Small Business Resource Guide, Sasol invested time and resources to maximize opportunities for our workforce not only with their project, but well into the future,” George Swift, President/CEO of the Southwest Louisiana Alliance for Economic Development, said. “Sasol is a true community partner, and one we value tremendously. That partnership was made possible by the Industrial Tax Exemption Program.”

National Volunteer Month – Sasol’s purpose “Innovating for a better world” drives delivering on triple bottom line outcomes of People, Planet and Profit, responsibly and always with the intent to be a force for... 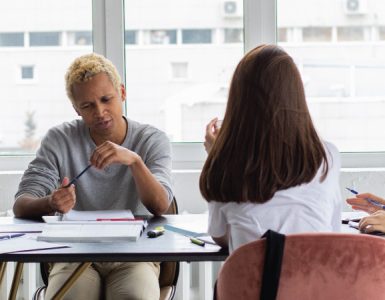 The Future of STEM Scholars Initiative (FOSSI) is designed to increase the number of underrepresented professionals in the STEM (Science, Technology, Engineering and Mathematics) workforce by providing scholarships... 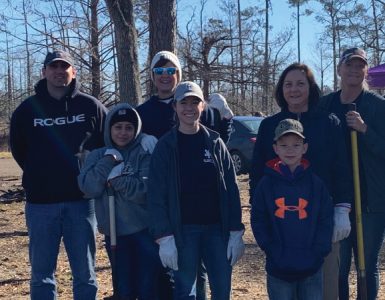